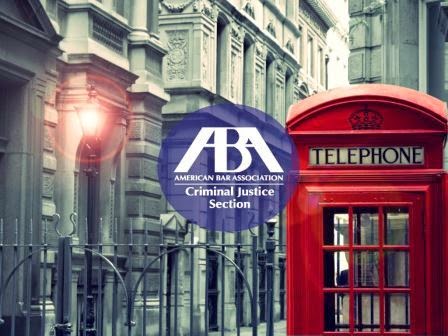 For the third straight year, the American Bar Association Criminal Justice Section will host a one and a half day conference that will feature topflight legal practitioners from across the globe tackling such topics as corporate espionage and cybercrimes, international money laundering and sanctions, cross-border evidentiary concerns, whistleblowers, deferred prosecution agreements and international internal investigations.  Special focus will be paid to fraud and bribery cases from the perspective of top prosecutors from various countries.

This year's featured speaker at the Monday luncheon will be Michael J. Garcia.  Mr. Garcia is a partner at Kirkland & Ellis LLP in New York City and serves as the Independent Chair of the Investigatory Chamber of the FIFA Ethics Committee.  Prior to joining Kirkland & Ellis, he served as the Senate-confirmed United States Attorney for the Southern District of New York (SDNY).  Mr. Garcia spent two years as Assistant Secretary for Immigration and Customs Enforcement at the Department of Homeland Security.  From 2001 to 2002, Mr. Garcia served as Assistant Secretary of Commerce for Export Enforcement.  From 1992 to 2001, Mr. Garcia was a federal prosecutor with the SDNY.  He personally prosecuted a number of high-profile terrorism cases, including the 1993 bombing of the World Trade Center and the 1998 bombing of U.S. embassies in East Africa.

As has been the case in the past, this should be an excellent conference.  For those interested in attending, more information is available here.
Posted by Lucian E. Dervan at 5:39 PM